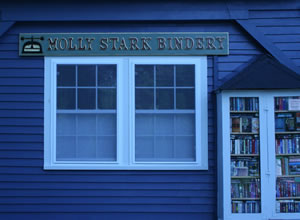 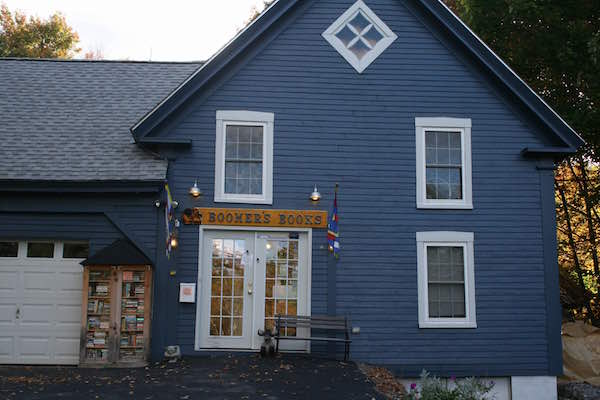 He is a recognized fellow of the international scale model and miniature community, has been published numerous times, and has taught History and Political Science in Vermont prior to moving to New Hampshire in 2000.

The Molly Stark Bindery came about because of a confluence of factors...

First, as a used and antiquarian bookseller since the mid 1990's, its inevitable that we would accumulate torn, worn, board-less older books that we always said "we'll fix or have fixed, someday."  Having entered the booktrade through sales of specialist military reference works, and being an acclaimed international miniature military model builder, it was a natural progression of the fine detail work inherent in model building, to start working on books.

It began with research and simple repairs, and bloomed into apprenticeship classes with a master bookbinder in Vermont.  My education and apprenticeship continues even now, as I establish my own bindery.

Next, our shop, Boomer's Books, is located in Weare, NH on State Route 114.  Route 114 is a Scenic Byway  through South Central New Hampshire called "The Molly Stark Trail."  With Molly and John Stark being famous local personalities from the American War for Independence, it was an easy choice to name our Bindery.

Our love of books, and the desire to preserve as much of the integrity of the original work as possible has led us to take a conservative approach toward book repair, restoration and rebinding.  As we expand our facilities and capacity, you will see an increase in representative work appearing on the site.

We use acid free calf from J. Hewit & Sons of Edinburgh (Scotland) in our leather work.  We have sample books of most modern cloth and papers, but also have access to a select classical range of bookclothes from 10 to 40 years old - colors and textures that the modern clothes cannot reproduce, and which match many classical libraries. 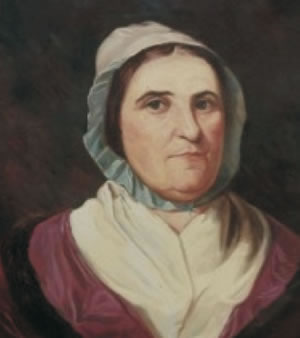 Molly Stark  was born Elizabeth Page in 1737 in Haverhill, Massachusetts.  She married John Stark in 1758 and they had 11 children. Her husband, General John Stark made his wife Molly a legend at the Revolutionary War Battle of Bennington in Vermont.  His battle cry prior to the battle was "There are Redcoats and they are ours, or this night Molly Stark sleeps a widow."  The General went on to a decisive victory that contributed to Burgoynes' subsequent Saratoga surrender.  General Stark is said to be the originator of the New Hampshire State Motto "Live Free or Die".

"So Who Was this Molly Stark Woman?"